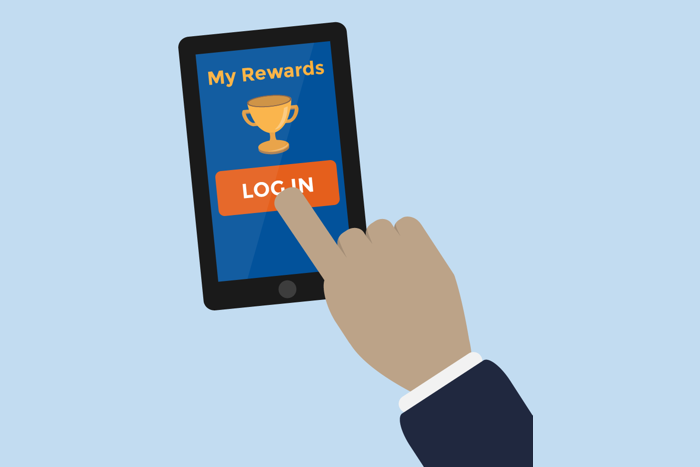 I’m excited to announce a new partnership we cemented 2 weeks ago with Swell (www.swellrewards.com).

Swell runs a loyalty and rewards platform for online merchants and is already one of the most popular apps in the Shopify app store.

Because mobile apps are usually downloaded and used by a merchant’s most loyal customers, we felt that it was very important to introduce loyalty functionality within our apps.  In fact, a recent eMarketer study showed that inclusion of a loyalty program was one of the top two most important features for end customers in a mobile commerce app.  For more good thinking about the importance of loyalty combined with mobile and best practices take a look at this recent Mobile Commerce Daily article:  http://www.mobilecommercedaily.com/what-drives-mobile-loyalty-these-days .

By virtue of our new partnership, by signing up with Swell you can now introduce loyalty functionality through your app (and on your website).

Instead of attempting to reinvent the wheel we decided the right approach was to partner with the best of breed loyalty platform on Shopify and integrate their great service into our apps.  For those of you on other platforms like Bigcommerce, Swell will be coming your way soon.  For those that would like to surface loyalty through their app but are already using another service – reach out and let’s talk.  We can most likely make it happen.

You can learn more about Swell here:  http://www.swellrewards.com

Among other things, incorporating Swell’s loyalty functionality into your app will allow your customers to earn, see and redeem loyalty points seamlessly anytime right from their app.

If you are interested in learning more feel free to message me at chris@unboundcommerce.com. 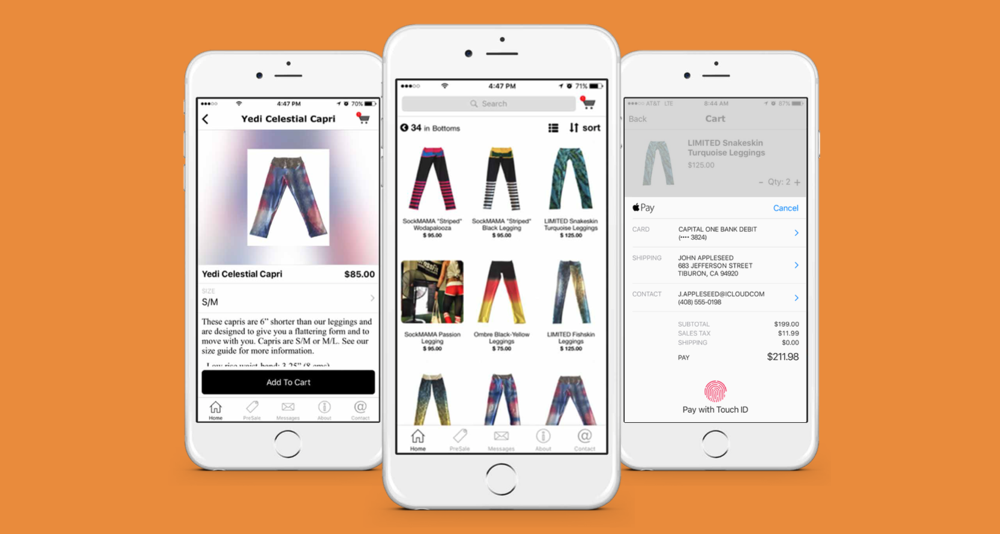 Hey everyone, in case you haven’t heard we wanted to let you know about our launch of Apple Pay for Shopify merchants (Android Pay coming soon!).  We recently did a press release for the launch which you can read here.

The upshot is that Shopify released their iOS and Android Mobile Buy SDK a little while back with the goal of making it possible for their merchants to launch native mobile apps with Apple Pay and Android Pay.  We have taken that SDK and integrated it into our platform.  The end results is that it is now possible for our Shopify merchants to surface Apple Pay within a native checkout flow within their apps.  This feature is available to our Premium and Custom plan levels.

Apple Pay is revolutionary because it delivers a frictionless mobile buying experience.  No more entering billing information or shipping address on the small screen.  Just a thumbprint is required for checkout – talk about frictionless!

We integrate directly with your Shopify store from the Shopify app store. We then build and publish your beautiful mobile app while you sit back and relax.

Once your app is live with Apple Pay, the iOS & Android SDK connects your app directly with Shopify, so you don’t have to spend time integrating payment gateways or building out an order management backend. All orders, customers, and payments from Apple Pay appear in Shopify, just like your other sales channels.

Why It Is Important

Cart conversion rates on mobile are abysmal – with more than 97% of potential buyers choosing to abandon at checkout on average.  The reason for this is very simple: people don’t like entering payment and address information on the small screen.  With it’s pre-stored billing and shipping info and fast thumbprint approval, Apple Pay is in the beginning stages of conquering the mobile cart abandonment problem – and more!

See It In Action

The first Shopify merchant we launched with this killer feature is FITMAMA.  Search for their app in (in all caps) in either app store or you can find there here for iPhone or here for Android.

The bottom line: frictionless checkout technologies like Apple Pay and Android Pay are game changers and an absolute must for merchants given the large and growing percentage of mobile shoppers.  These technologies not only will vastly improve the present sorry state of mobile checkout – they actually have a good chance of surpassing desktop checkout conversion rates in very short order.

We are extremely excited to announce our new partnership with Shopify! While we believe that this relationship will prove mutually beneficial for both Apptive and Shopify, Shopify Merchants stand to gain the most from this combination of top-notch ecommerce and mobile commerce solutions!

Check out more from our press release below:

Apptive, the Austin-based mobile commerce app creation and management platform, is excited to announce their new partnership with Shopify. Apptive has integrated directly with the Shopify API and Shopify App Store to make it simple and fast for Shopify merchants who wish to expand their mobile commerce strategy with an app.

“It has become clear that native mobile commerce apps will continue to grow in importance for our merchants. Apptive offers a compelling option for store owners looking for a convenient, affordable solution that is directly integrated with Shopify”, saysBlair Beckwith, Head of Shopify App Store.

Apptive has found success in the eCommerce sector with its EasyApp platform, a drag and drop app creation and management solution geared towards eCommerce platforms …

Read the rest of the release here!

In the last few years, the lines of traditional commerce have increasingly become more blurred. The rise of first ecommerce, and now mcommerce, have created a unique environment that allows shoppers to browse and buy products everywhere. However, mobile strategies are not limited to digital only sales offerings. Increasingly, we are seeing more hybrid solutions, such as physical retail stores that also have websites to capture shoppers both in person and online. One of the more interesting trends in recent times is the emergence of the mobile POS, or point of sale.

This trend was first embodied by the Square Reader, a small square shaped credit card reader that you could connect to your smartphone and, through its accompanying app, take credit cards without a standalone credit card machine. The implications of this device were huge. Anyone who previously relied on cash, such as local artisans or convention exhibitors without reliable access to power sources, were now freed to take credit cards. Because many people no longer  carry cash at all, this meant that they could finally accept payments from significant portion of their customer base that they were forced to neglect before.

It didn’t take long for others to take notice, and other card readers were introduced, including a dedicated PayPal card reader and one from established business software provider Intuit. With established names such as these, and with the growing recognition and success of Square, businesses began turning to these systems rather than traditional credit card machines due to the incredibly low adoption cost and flexibility that they offered. As they became more established so too did the offerings, culminating in such products as the Square Stand Register, a stand that accepts a tablet and allows for the easy display and entry of products, fully replacing a comparably clunky computer and standalone reader setup.

Now, ecommerce has entered the arena. Shopify recently introduced their own card reader, made in response to an increasingly large number of customers on that platform who have decided to branch their ecommerce presence into a physical one. The beauty is, this iteration of physical presence does not need to be brick and mortar. It is now possible for an individual to represent his or her products anywhere while simultaneously having the full catalogue on standby. For individual store owners, there is no longer a distinction between where you can and cannot sell products.